How to Make Brown Stew Chicken Recipe – An easy Jamaican food made with stewed chicken with vegetables and spices giving you a flavorful, spicy, and sweet stew that you can eat with rice, steamed veggies, fried dumplings, or plantains. Brown stew chicken is commonly eaten as dinner in the Caribbean.

– Marinate the chicken by combining the seasonings, herbs, and spices.
– To the bowl containing the chicken, add the black pepper, salt, chicken bouillon powder, all-purpose seasoning, and allspice. Also, add paprika powder, and browning sauce. Mix everything together to combine.
– Next, add the herbs and spices. Go in with the minced garlic cloves, grated ginger, chop onions, red bell pepper, fresh sprigs of thyme, and green bell pepper. You can add half of the red and green bell peppers and then used half later.
– Once you added all the ingredients needed for the marinade, mix all to coat and combine with the chicken nicely.
– Now, you can allow it to sit for an hour for the ingredients to be absorbed by the chicken or you can marinate it overnight. The longer it is marinated the tastier your Jamaican Brown Stew Chicken will be. If you are going to marinate the chicken overnight, it should be in the fridge to prevent it from smelling; avoid using a freezer to marinate your foods because the ingredients would be frozen and so cannot be absorbed by the meat or chicken. Ensure the chicken is removed from the refrigerator an hour prior to browning it so that it can assume the room temperature prior to frying; that way, it cooks faster and evenly. Directly adding the chicken from the fridge into the oil will make the outer parts cook but the inner parts would still be cold.
– Place a pan on the heat and add some vegetable oil to the pan. About 1/2 a cup of olive oil can do. You can use a Dutch oven or a heavy-bottomed pan as I did.
– When the oil is heated, add the marinated chicken pieces to it. Remember, to shake off the excess ingredients attached to the chicken especially the onions, red and green bell peppers because they may be burnt even before the chicken turns brown. Also, remember to keep the remaining marinade because you will need it later.
– After, shaking off the excess ingredients used for the marinade, add the chicken pieces to the hot oil and fry until it is brown on one side. Turn over to the other side and fry as well until it is also brown. This should take about 5 minutes each, on medium heat.
– After browning the chicken, remove it from the oil and place it on a plate, and keep aside.
– After browning the chicken, reduce the oil in the pan to about 3 tbsp and then reduce the heat to low.
– Now, add the remaining marinade used for the chicken into the pan together with your chopped tomatoes and stir fry for about 2 minutes until the garlic and onions are fragrant.
– Next, go in with 1 scotch bonnet; make sure you slit the scotch bonnet pepper into two in order to release the heat into your Jamaican brown stew chicken.
– Add the tomato ketchup and brown sugar; then stir to combine. Cover the pot and allow the tomatoes to cook until they are wilted.
– After 5 minutes of cooking the stew, the tomatoes should have wilted; now, return the fried chicken into the stew and then add 1 cup of water into the stew. The water helps in further cooking of the chicken to ensure it is soft.
– Also, add the remaining red and green bell peppers to your Jamaican brown stew chicken; this adds color because the initial peppers used would have been wilted.
– You can taste and adjust any ingredients or salt at this point. Cover and allow the stew to cook for about 30 minutes. This allows some water to evaporate and so helps to thicken the stew a bit. You can add some cornstarch to help thicken the stew. Other ingredients used as thickens include potatoes.
– You can turn off the heat and serve your Jamaican brown stew chicken recipe with some boiled rice. 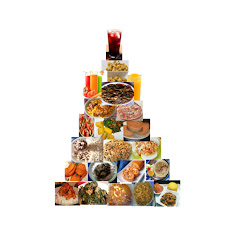 Onyx Food Hill is a complete channel for learning how to prepare Rare, New and Common African Dishes and world wide recipes. Learn how to cook delicious tasty and spicy recipes across Africa, Nigeria and other new recipes.
You will get to watch – Weird Recipes, New Recipes, Simple and Complex Recipes that you have not seen anywhere.

Videos are uploaded on a Weekly Basis.

:: Health Tips
:: Simple DIY
:: Healthy Remedies
:: Recipe that will make you salivate
:: Also learn Kitchen skills such as Cleaning and keeping your Kitchen tidy
:: Learn how to bake cakes, donuts, meat pies, fish roll, and many other baking products.