#MeatLovers … enjoy… its seafood and fish for the rest of the weekend.

As Carolyn Cooper, notable Jamaican literary scholar, explains, jerk is “one of the enduring legacies of the fusion of African and Taíno cultures in Jamaica.” The Taíno, an Arawak people, were members of the Caribbean’s Indigenous population. They were the first to call the island Xaymaca, meaning “land of wood and water,” and first came into contact with Europeans when Columbus arrived in 1494. Spanish colonialists formally arrived 15 years later, but their settlement was small and relatively under-funded compared to other Caribbean colonies. The Spanish did however bring enslaved labor to the island, which served mostly as a trading post.

Jerk, as a stand-alone term, refers to the way in which meat is seasoned, smoked and grilled. Whereas a historical jerk seasoning recipe calls for bird peppers, pimento and pepper elder, modern recipes may include Scotch bonnet peppers, scallions, garlic, ginger, pimento, thyme and cinnamon. Like barbecue from the American South, jerk today is a remnant from the era of slavery, when Maroons would transform tough cuts of meat into tender, delicious dishes. According to Gariel Ferguson, an acclaimed chef and restaurateur who participated in the inaugural edition of the James Beard Foundation’s “Savoring Jamaica” celebration, escapees traditionally hunted wild boar; seasoned the meat with pimento (allspice berries), salt and bird peppers (a species of chillies in the same family as cayenne); wrapped it in pepper elder leaves; and finally cooked it in “an underground smokeless pit … roasted over dying embers.” 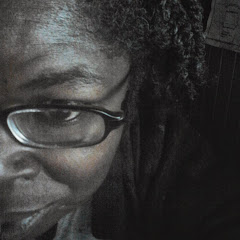 Whew.. 2021 is a mind blowing trip so far…. JAMAICA was AMAZING!! .. #DaVisualGriot #HealthTourism #SelfCare #ConnectingtheDotsacrosstheDiaspora – A “Come Ya” in Charleston SC. #DifferentlyAbled exploring the Gullah Geechee Nation.. the Lowcountry of South Carolina and beyond… Arima Trinidad was cool.. yet it seems Im in love with Afro Ecuadorian culture of Ecuador!! STAY TUNED!! Be sure to check out my featured channels.. my camera gets around!
BRENDA J. PEART – Channel