Mushrooms are wonderful to keep on hand because the subtle, nutty flavor can enhance so many dishes. Whether you like to add mushrooms on top of frozen pizzas, toss them into salads, or add them to risottos, there are so many ways to cook with mushrooms. There are a few common mistakes people tend to make when cooking mushrooms, however. For the best results, you’ll want to steer clear of these mishaps.

One of the biggest mistakes is that people like to wash their mushrooms before cooking them. The truth is that mushrooms have a ton of water in them already, and thanks to their texture, mushrooms act like sponges. That means they take on even more water when washed, and become waterlogged. It’s much better to simply brush them off with a damp paper towel instead of washing them.

Another water-related mistake people make is cooking mushrooms slowly on low heat. This causes the extra moisture inside the mushrooms to leak out so the fungi get steamed more than anything. That will only give you soggy mushrooms when ideally, all of the water should be evaporated before they come off the stovetop.

Water is your biggest enemy when cooking mushrooms, and water-related mistakes are the biggest problem most people encounter while cooking mushrooms. There are, however, a few other common mistakes that can compromise, or just prevent your mushrooms from being the absolute best they can be.

One of those more minor problems is slicing. That’s not the only way to go when preparing mushrooms. Some mushrooms, especially smaller ones, are great whole. Other mushrooms with great texture, which are usually wilder-looking mushrooms, are delicious when torn, instead of sliced or quartered.

Two of the last and more common mistakes are overcrowding the pan and not using enough oil. Similar to having too much water in the pan, when mushrooms are overcrowded, there is not enough space for the water to evaporate. This is another way the mushrooms can sit and simmer for a soggy finish. Just as it’s easy to have too much water in the pan, it’s easy to not have enough oil in the pan. Remember, mushrooms are like sponges, so they’ll soak up all of the oil in the pan if there is only a little. That’s why it’s important to use enough.

Should you add the appropriate amount of oil to the pan and avoid crowding the mushrooms, you’re not exactly away from the danger of poorly cooking your mushrooms. Another common mistake people make while cooking mushrooms is not leaving them on the heat long enough. It is actually quite easy to undercook your mushrooms.

The reason you want to make sure you cook the mushrooms for long enough is that they will be more flavorful when the excess liquid is cooked out. Since mushrooms do contain so much liquid, you want to leave them on the heat long enough to get rid of the unwanted liquid and let them caramelize, making them delicious. Just keep an eye on them so they don’t overcook either.

One more thing to keep in mind while cooking mushrooms is that you don’t want to salt the mushrooms as soon as they are in the pan. This causes the water to be drawn out of the mushrooms which can cause the fungi to become tough. Plus, the mushrooms will have less flavor. You want to add salt when they’ve caramelized and the liquid has cooked out. This will ensure they have great color, flavor, and texture.

While it’s certainly a game-changer to know how to handle mushrooms when cooking them, it’s equally important to know how to care for them before they hit the stovetop. Mushrooms need to be bought carefully and stored properly to ensure they will be their best selves after they’re cooked.

The first tip to ensure your mushrooms will come out perfectly is to avoid buying pre-packaged mushrooms. When you buy loose mushrooms, you can limit the amount based on what you need, and it will allow you to select and eat them at their best. It’s also cheaper to buy loose mushrooms.

Finally, if you can only buy mushrooms in plastic bags or pre-packaged in plastic, make sure you remove them from the plastic to store them. The plastic locks in moisture and the containers are actually too damp for the mushrooms to be stored for long. The excess moisture is actually what causes your newly purchased mushrooms to turn moldy and go soft. Use a paper bag to store mushrooms instead since it will absorb extra moisture while affording better air circulation. 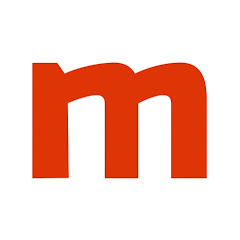 Mashed is the ultimate destination for food lovers. Whether you’re just learning how to cook or ready to take your kitchen skills to the next level, Mashed has all the tips and tricks you’ll ever need to be a chef… Or at least enough hacks to help you fake it til you make it. We’ve got your back at every step, from grocery shopping smarts to serving a perfectly prepared dish. Would you rather eat out than whip it up yourself? Mashed has all the info you’ll need for that, too — from the best and worst foods to order at your favorite restaurants, to what today’s most popular chefs really have up their sleeves. No matter what kind of foodie you are, Mashed has your recipe for success.
Mashed – Channel